From the Couch Hole: I’ll Be the Ticket If You’re My Collector

Previously on FTCH, there was a striptease with a divorce at a funeral. We mixed cinnamon toast with charms and for good measure we separated out blue raspberry, watermelon, and pineapple from the bear mix. As you are reading this, I’m chillin’ in Cali with good friends that I haven’t see since pre-pandemic days. Reports later on the Cruel World Festival. Today I’m starting a new random feature of some of my reader’s pets. This week take a gander at Mr. Uggs, the good kitty of longtime reader, Gabby. This week’s FTCH will bring you sleep, fear, lines in the sand, and vengeance. There are caramel dinosaur prints on the cookie, blueberry in the candy bar, and damned if there isn’t also a love song. Remember, at FTCH, if you don’t look good, we don’t look good. 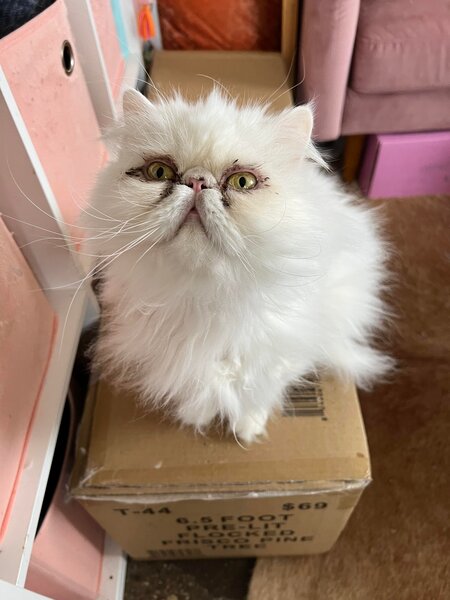 As a brand, I don’t have much of an opinion on Captain Morgan. It’s definitely not my favorite (thank you, Kraken) but it’s no better or worse than a Bacardi for me at a bar. I was intrigued by the Cherry Vanilla combination and immediately mixed it with Coke. In retrospect, there are better applications. First, I would just pour it as is over a bowl of vanilla ice cream. As a mixer, you are going to want some pineapple juice to mix for your best application. A good summer bottle but not a permanent addition to my bar.

This summer doesn’t appear to have the top-notch movie tie-in food or drink products that we saw a decade ago. Fudge Stripe Chocolate Caramel with dinosaur prints from Jurassic World are really a stretch. Although this isn’t the first tie-in to the franchise for the striped cookies. The “footprint” is barely identifiable. The caramel flavor is a little “fake” tasting, not as good as most candy bars, but the mix of the chocolate and the caramel was a winner for me. Good job, Ernie and his elves.

I’ve reviewed a few different flavors of Kit-Kats over the past year. I tend to like anything where they replace the chocolate with dark chocolate. But this blueberry muffin twist is probably the best I’ve tasted outside of the traditional flavor. The flavor of the creme is unmistakable for more of a blueberry cake with a blueberry cream frosting. It’s not as overly sweet as I feared. The scent alone is worth the price. Grab the mini ones as a perfect little blueberry treat this summer.