From the Couch Hole: And You’re Just in Reach

Previously on FTCH, it was another flamin’ hot episode. It was a solid 8 1/2 of night fliers, eclipse deaths, and jokes on location with some twins to hold you. The Couch Hole did not go out as scheduled this morning because of a very unscheduled diagnosis of COVID. Two years of masks, vaccines, and boosters, and it still caught up to me with a vengeance. It took me completely out of the game for over 48 hours. Don’t mess with it; it’s one bad mama jama. This delayed post comes with cloudbusting, purple thunder, and dark berries. There are corndogs chips and Bob’s burgers to celebrate surviving the worst of the virus. This week’s Couch Crew pet feature – Goobie is watching you from North of the Border from our Canadian reader, Charlotte (who incidentally was my COVID twin from thousands of miles apart). Remember, FTCH is guaranteed delivery in thirty minutes or it’s free (this week’s is late so it’s free for y’all). 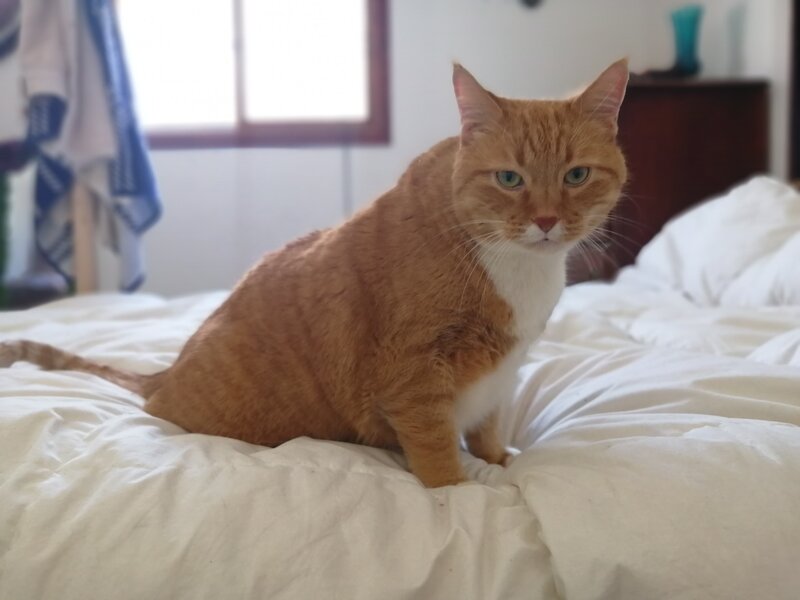 I’m trying to avoid seasonal and frequent releases of flavors in this column so as to not get too repetitive. I like to acknowledge trends and company visions. I’m a sucker for “berry”, “dark berry”, and “sour berry” in my food and drink titles. Rarely does it disappoint. This flavor of Dr. Pepper was a trend setter in 2019 as part of the promotion of Spider-Man: Far From Home. The purple cans of Berries and Cream aren’t as good a release. This is around long enough to promote Jurassic World: Dominion. I’m a big fan of the flavor not as a berry-flavored Dr. Pepper but as a standalone berry-flavored soda with a bit of a cherry aftertaste. I’m buying an extra pack for the colder months.

Is it disappointing that there wasn’t much of a corndog taste to these chips? If there was, it’s much more subtle than the mustard taste. I really enjoyed this offering in a way that I might not of if there was an overwhelming corn dog flavor. These went well on their own and with burgers. The chips are thin and with just the right amount of salt, it’s easy to knock out quite a few in a sitting.

The Circle K exclusive is in bottles and a fountain option. Recent exclusive flavors have been built around a dark berry base and that’s a good thing. This is a blackberry and plum combo that has mostly a citrusy taste with just a hint of the plum. Fans of Mounaitn Dew will use the release of any dark berry soda as an excuse to call for the re-release of Pitch Black. Yes, that was one of the best Mountain Dew flavors ever. This one? Good for a road trip but not one that we will be yearning for in the years to come.

“‘Cause every time it rains
You’re here in my head
Like the sun coming out
Ooh, I just know that something good is gonna happen
I don’t know when
But just saying it could even make it happen” – Kate Bush