From the Couch Hole: It Drips on Down in a Mist From Above

Previously on FTCH, there was Blondie in the flesh, and Bardot was created by God. There was an Outsider, an escape from prison, and licorice pizza. The spring tease is in full effect. It’s 80 degrees, 40 degrees, and then 75 degrees. And that’s just a Tuesday. This week there’s a rat, a bat, and a picture of my cat. There are dead poets, crunchy cookies, and cool ranches that u want. Aren’t you glad you read FTCH? Don’t you wish everybody did? 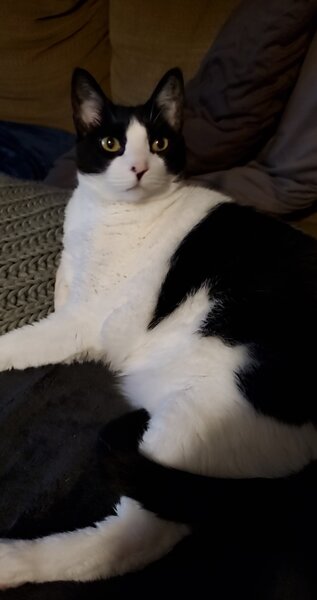 The original Doritos Roulette: Nacho Cheese have been around on and off since 2015. I reviewed them on their return last summer. With the advent of the Flamin’ Hot varieties, it was only a matter of time before they put something similar in a Roulette bag with the regular Cool Ranch chips. The ratio in my bag seemed to be about 1:10 for the hot chips. And you know immediately. The heat is not painful hot but it’s upfront and you know with the first bite. These are not exactly the Flamin’ Hot Cool Ranch chips. They aren’t as sweet but the heat is similar. Enjoy with a cold beverage.

These are good. Actually really good. But not because they taste like their name. I was excited about this purchase because I’ve loved putting M&M’s in cookies for decades. A milk chocolate M&M is a great addition to a cookie. Unfortunately these are rice filled, not cookie filled. So there’s a small crispy shell with a crunchy rice center. There isn’t much more than a hint of cookie taste. These are only slightly bigger versions of Sixlets (for those with a long candy memory). Why couldn’t the M&M’s technicians find a way to fit a bit of cookie into these candies?

The new Buffalo Wild Wings exclusive is called Mountain Dew Legend. They describe it as blackberries, citrus, and ginger. It tastes like a slightly more citrusy version of the sorely missed Pitch Black. I don’t think it’s a permanent addition to the BWW beverage selections which is too bad. This goes well with the chipotle dry rub wings.