From the Couch Hole: And What’s on the Other Side

Previously on FTCH, we had a web of fear because of mayo and chutney. There were two running men, a black mama and white mama that we have to get into our lives. Last full week of work before the holiday is behind us. Cold weather and snow flurries have gotten me into a holiday mood more than recent years and you might notice that influence over the next few weeks. Until then, please enjoy your Thanksgiving, I’m thankful for all of my faithful readers. The pet of the week is my friends, Jim and Jen’s cute new puppy, Daisy. This week we have hearts in Atlantis, banshees in Inisherin, and we’re in Bruges. There’s snickerdoodles, hot honey, fruit quake, and we’re trying to find the rainbow connection. Remember, with FTCH, once you pop, you just can’t stop. 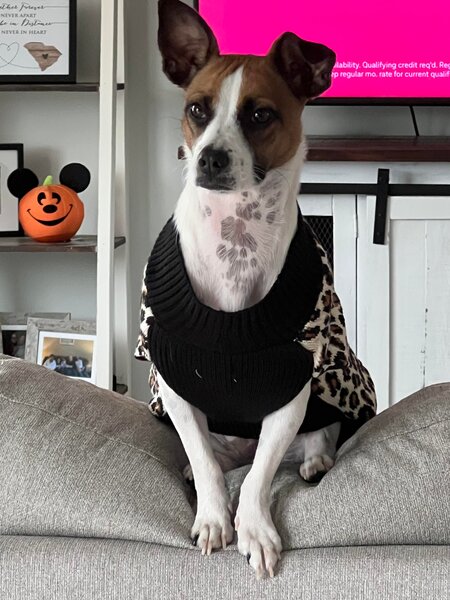 The cinnamon-flavor creme is pretty subtle compared to how much the cookies smell like Snickerdoodles. The sugar crystals are green and red to add holiday-time festivity to the cookie. It’s a good cookie but despite the scent doesn’t completely taste like a Snickerdoodle. They definitely need more cinnamon. A good cookie that won’t be missed when the season is over.

This year’s Holiday Dew is oddly “fruitcake flavor.” I’ll admit that I don’t think I’ve ever eaten a full slice of fruit cake in my life. I wasn’t sure what to expect. It wasn’t unpleasant as it is a mix of fruit punch flavor with a touch of spices as the aftertaste. The can shows nuts in the picture but I didn’t get any of that in the flavor. This is much more palatable than last year’s Gingerbread Snap’d flavor but only because of the first fruit punch blast of flavor. Get one at least before the season is over.

I don’t think I had heard of “hot honey” until the past year or two. It works well on potato chips and I might even like it better on a Kettle chip. The initial taste is a sweet, almost sugary honey flavor followed by a very mellow heat that doesn’t add up to much even with a mouthful of chips. Pringles just aren’t the right consistency to pull off such a subtle mix of flavors, it needs a thicker and crunchy chip. Don’t be fooled though, I finished this container in just a couple sittings.

“Someday we’ll find it
The rainbow connection
The lovers, the dreamers, and me” – Paul Williams