From the Couch Hole: You Can Hear the Boats Go By

Previously on FTCH, it was a week of sweet almonds, sweeter pastries, and the sweetest dew. Love grew for the Northman at the institute and promises were broken. A hot week and a week of catching up with the DVR shows. Spending a Juneteenth weekend with a in-town celebration that includes some food trucks is the highlight of the week. This week’s Couch Crew pet feature – our Michigan friend, Lauren, submits her sweet, seven-year-old, Bubbles Fifi. This week we fish around with Carl, wander into the dominion of the dinosaurs, and we sail with Suzanne. There’s spicy almonds, nutty ice cream, and corny potatoes for good measure. Remember, FTCH is just for the taste of it. 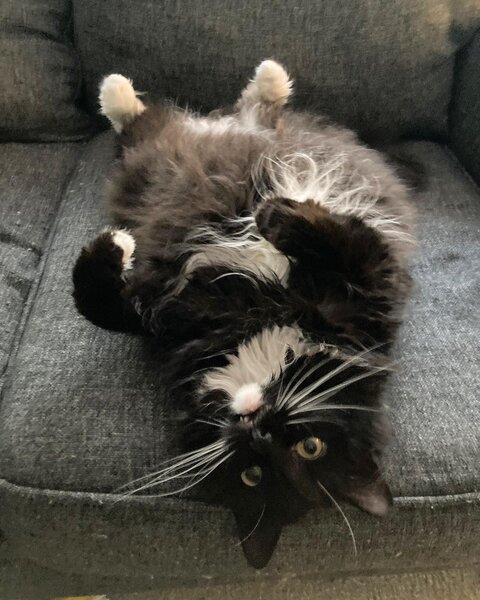 I was more skeptical of this product than the Churro ones from last week. There’s a good heat to them. But not overwhelmingly hot. They make a fine snack. I actually enjoyed them on a salad a bit more than just a snack on their own.

After about ten years of having Elotes as a food truck staple and a topping on tacos and sides with our Friday Taco Nights, it’s obvious the Mexican Street Corn has become the flavor of the summer. These chips capture that flavor pretty well for a potato crisp that is trying to be a corn treat. The basic flavor palette here is the lime along with the cheese and spices. I’m missing the cream and mayo flavors. I don’t know how they would tone down the potato flavor any more but I just didn’t get the corn in the long run. Is it Elotes-ish? Yes. And it’s not a bad chip for a Pringle. There’s just something wrong with me saying that the Mexican Street Corn Cheetos captured the flavor better but there we are.

This comes from my first taste test of some of the Little Debbie and Hudsonville Ice Cream mashups. Quick reviews below.

Nutty Bars: the best of the bunch but it’s hard to ruin putting peanut butter in ice cream with a chocolate swirl.

Swiss Cake Roll: captures the flavor of the baked good but in ice cream form it’s a bit too much chocolate goodness.

Zebra Cake: the opposite of the Swiss Cake Roll, in that the ice cream is better than the baked product. It’s in need of a bit more fudge but a good offering.