From the Couch Hole: Of Nothing in Particular

Previously on FTCH, there was Billy Summers trying not to be caught and Columbo trying to catch them if he can. Steve and Ali wanted to getaway and the crackers were sweet and salty. Looking forward to seeing my daughter this afternoon – here’s her kitty, Penny, to tide us all over. The week ahead is full-on summer with days all in the 90s. I’ll be in California by the time we hook up again next weekend. This week is an odd mixture like cinnamon toast and charms that are lucky. There’s a striptease, a divorce, and a funeral. There are hot fries and raspberry gummies. Sorry, Charlie, at FTCH we want blogs that taste good, not blogs with good taste. 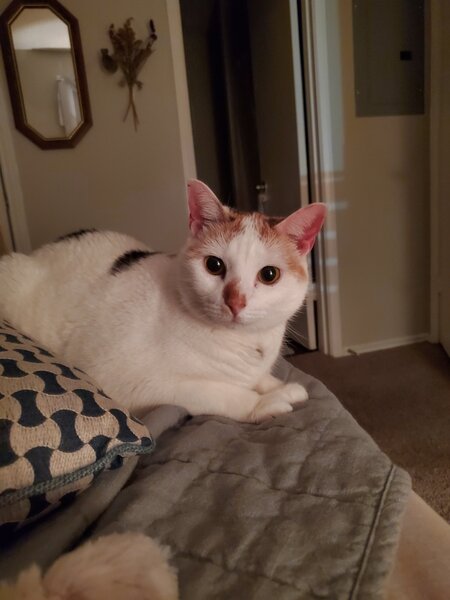 After years of adding flavors and shapes to cereals, the marketing people have finally just said “To heck with it” and started dumping two cereals together in a bag. Don’t expect this to be the last time you see this over the next couple years. On the surface, I’m sure you are thinking what I initially thought. Namely “Why?” Secondly “Yuck.” In reality, it’s not a bad mix at all and I made it through the box pretty quickly. The end result is like a cinnamon-flavored oat cereal with marshmallow bits. Try it before they replace it with much worse combinations. Definitely before the 2025 release of “Oops Everything”.

Tapatio Hot Sauce has worked its way into Doritos, Cheetos and Fritos over the years. This is the first run through hot fries to my knowledge. I’m not a big fan of the taste of these corn and potato snacks. There’s a good crunch but the picante sauce reads as too vinegary in the aftertaste. I wouldn’t blame you for skipping these and just get yourself an order or real french fries and sprinkle some Tapatio over them.

The 100th Anniversary of Haribo Gummy Bears brings three flavors in single flavor bags and in special editions of the mixes. I picked up the separate bags to test out the flavors. The best of this bunch was definitely the blue raspberry. A good sweet raspberry flavor. The pineapple is only vaguely flavored. The watermelon is a great idea but they just don’t get the taste correct either. I know others like Albanese or Black Forest better because they are softer bears. This was my first brand and I’m mostly loyal to them. I hope that the blue raspberry is a permanent addition.

“How can you say
I go about things the wrong way?
I am human and I need to be loved
Just like everybody else does” – The Smiths