From the Couch Hole: No Talking, Just Looking

Previously on FTCH, there was a lone wolf for vengeance and a doctor for sleep. Mr. Uggs watched over caramel cookies and blueberry bars and a damned love song. Returned to Texas on Monday from a much needed rendezvous with my California crew. The Cruel World Festival was great and if you get a chance to see Blondie in your town, don’t even think twice. Hot weather has been the story of the month of May. Hoping to get out to see an air conditioned film today. This episode gives you a lawnmower, a firestarter, and an umbrella academy all seasoned with Old Bay. It’s all a little flamin’ hot and reckless but we believe in love action. This week’s Couch Crew pet feature – you are being greeted by Georgie, proudly snuggled daily by our awesome readers Patti and James. Remember, no one out couch holes FTCH. 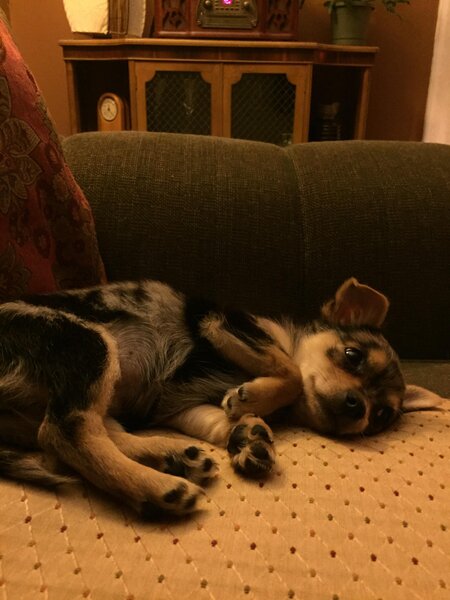 I’m going to have to put out a warning on this one for their addictive nature. The ranch and jalapeno are the right mix in a way that most snack companies just don’t get. Snyder’s is a quality brand of pretzels that I usually rely upon. This will replace the sour cream and onion flavored pretzel sticks as the best flavored option out there.

I believe I had claimed when news of this came out that I wouldn’t be trying it. I’m glad y’all could get a good laugh from that. My first instinct was that this was a joke drink and would only be available for limited online purchases. Showing up in major stores now, I was more tempted to try it. Despite all the flames and warnings on the cover (also the word “flamin'” in the title), this isn’t much of a spicy drink. The overwhelming flavor that you get from it is a lime drink with a tiny kick afterwards. If you have had Hot Limon Doritos or Cheetos, you get an idea of the flavor. It’s not unpleasant. I doubt I’ll purchase much of it but now that my curiosity has been satisfied, I’m good.

I’ve had Old Bay seasoned potato chips and they are a wonderful treat. I don’t know why I was initially skeptical of this combination. No fear, they are great. It’s a fish-shaped cracker so why shouldn’t it have a taste that reminds you of a fish dish. The 18 herbs and spices are so iconic that I find it hard to describe them to people who aren’t familiar with it. I wouldn’t imagine that this is marketed towards children. But as an adult snack I am totally onboard with this addition to the line. This ranks above last Summer’s Frank’s RedHot Goldfish Crackers.