From the Couch Hole: Don’t You Know I’m Feeling Mellow

Previously on FTCH, we spent time at the Amazing Kingdom of Thrills, went to the Moon, and had a fear of the walking dead. There were spicy hot chips, a bag of Dick’s, and a reminder that you’ve got a friend. This week, Rigby is accompanied by her puppy friend, Sarge, after a long day of wrestling. The days quickly approach August when the work days get longer and more intense. This week we find Forrester in our own private Idaho. We mellow out, look at both sides now with soft snickerdoodles, hard Mountain Dew, and pleasing cattle calls. Remember, we wanna FTCH all night and party every day. 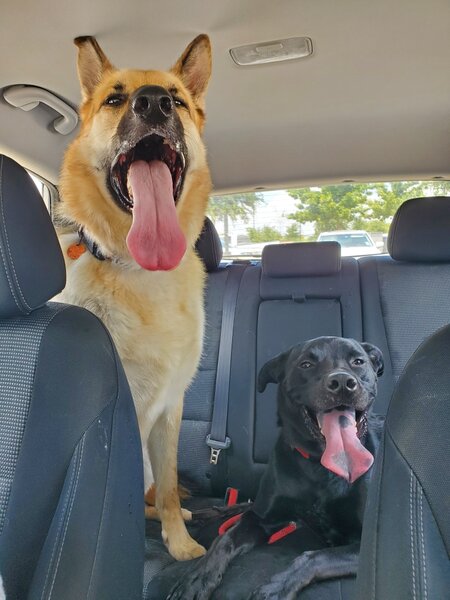 Not available in every State just yet. The 5% ABV Hard Mountain Dew flavors are all essentially alcoholic diet sodas. They are made by the same people who bring us Samuel Adams beers. The artificial sugar is just too much for me here. They do not taste like they have any booze in them. I liked the Mountain Dew / Lemon Lime flavor the best and Black Cherry is okay but they are just missing the rich sugar taste of their namesake.

What if they made a good cinnamon / brown sugar pastry but it didn’t taste like a snickerdoodle? I don’t know if I should be happy that this is a tasty pastry or if I should be upset that it’s missing some key snickerdoodle flavors. Cinnamon and sugar are the dominant flavors. And be warned that this isn’t a toaster-ready pop tart. I did mine in the toaster oven and they still fell apart in 24 pieces when I removed them. Overall, I’m disappointed with the final result.

This reddish-orange Mountain Dew says it’s Citrus Punch. I think it’s close in taste to an older flavor, Cyclone. It is easily one of my top favorites since Pitch Black. Other flavors like Purple Thunder are good but wear on me quickly. This is a carbonated fruit punch flavor that goes perfectly with BLTs and chips on a summer afternoon. if you find it, grab one.

“Oh I make you mellow, oh you make me mellow
Rocking smooth and slow
Mellow’s the feeling that we get
Watching the coal fire glow” – Elton John