So bland and predictable that it seemingly could have directed itself. 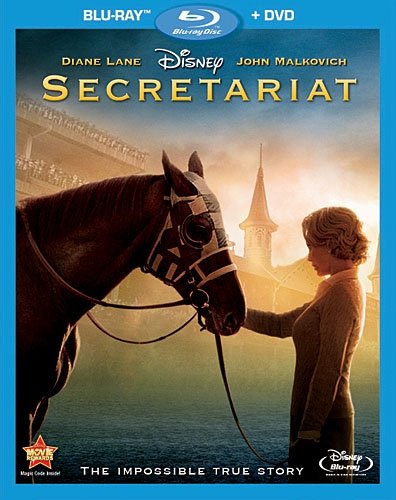 This film tracing the true story of one of the most famous racehorses of all time is so bland and predictable that it seemingly could have directed itself. On one hand, that's fine because anyone with any interest in the film will likely get exactly what they bargained for, but on the other it makes for a largely meaningless foray into the most pedestrian tropes of biographical films. Of course there's no surprise about how the story turns out, but the makers surely could have injected some creativity into its telling. Instead, we're left with languorous shots of rolling countryside, faithful but unspectacular recreations of Secretariat's three Triple Crown races, and the kind of golly-gee, obvious scripting that only allows its actors to go through the motions rather than add any real impact to the tale.

Speaking of those actors, they do well with what they've been given, with star Diane Lane contributing a fine turn as the steely owner literally betting the farm on her horse and John Malkovich adding a somewhat phoned-in performance that actually enhances his colorful but burned out character, the horse's trainer. The rest of the cast is uniformly unmemorable, except for a head-scratching minor turn by Kevin Connolly of Entourage as a barely-seen sports reporter, making his appearance not notable for its contribution but for the mere puzzle of its inclusion. For what it's worth, the horse plays its role with chutzpah and pizzazz.

To its credit, the film looks and sounds great on Blu-ray, with superb production values that allow for maximum enjoyment of its fine details and scenic settings. The races are suitably thunderous and immersive in 5.1 DTS-HD Master Audio, and the 2.35:1 aspect ratio is appropriate for their epic scope.

The bonus features are fairly extensive, with special mention for the inclusion of Secretariat's actual Triple Crown footage that allows viewers to experience the real deal as well as compare it to the very faithful recreations in the film. Another feature examines the tools and techniques the crew used to restage the races. There's also a feature with Secretariat's original owner and other key players talking about their experiences with the horse, giving the product some nice historical heft. If the film's over two hour running time wasn't enough, there are also multiple deleted scenes exclusive to each the Blu-ray and DVD discs.